If there is one tool that is considered to be the most important for a woodworking project then it has to be the Saw.

The Hand Saws have been around for thousands of years with Egyptian scripts being discovered referencing ancient woodworking sawing wood into pieces.

The Power Saws, on the other hand, have been around ever since the Circular Saw was patented by Samuel Miller in 1777.

With their advent, the sawing industry completely changed. Most of the advanced sawing is nowadays is done by power saws with large varieties of them available in the market.

From Circular saws to Miter saws each of them has their own purpose in the woodworking shop. Let’s figure out which one is for you! 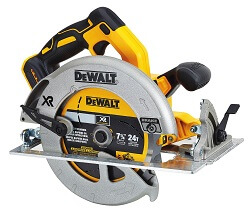 Functions of the Circular Saw A table saw has a power tool with a circular saw blade that is mounted on an arbor. The blade is made in such a way that it protrudes through the table surface from underneath.

Functions of the Table saw 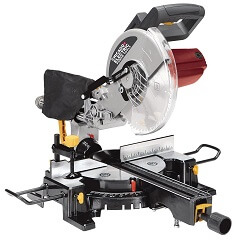 A miter saw is a stationary power tool that works by pushing a circular saw blade onto your cutting surface in a rapid motion. To cut using a miter saw, you will hold your board or piece of wood against the fence of the saw to ensure that there is precision in the angle of cutting.

The miter saw is easily recognizable for its miter index, which allows you to change the blade angle.

Functions of the Miter Saw The scroll saw is your perfect power tool when cutting intricate shapes and curves on wood without a precision assist tool. Scroll saws have thin blades, allowing you to make small curves.

Due to its intricacy in precision, it comes off as a craft tool more than a woodwork tool. However, you can still plug in some thicker blades and cut larger pieces of wood or board.

Functions of the Scroll Saw A chop saw is similar to a circular saw in appearance. Chop saws are mostly preferred by cabinet makers as they are capable of making accurate square cuts without so much of a struggle.

The chop saw works faster than the circular saw and its adjustable blade depth can be used for cutting different blade depths.

Functions of the Chop Saw

This saw is a power tool that features in home projects is oved for its versatility in functions. The saw operates in a push and pull motion for the blade to cut. The reciprocating saw is the perfect tool when cutting a surface that is hard to reach. A reciprocating saw can cut through corners and floor with relative ease.

Functions of the Saw 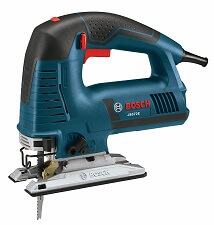 A Jigsaw is an electric power tool that is notable for its saw blade that is reciprocating. You can add a bevel to the jig saw for it to have extended functions such as cutting bevels at 45 degrees.

Except for new inventions that allow the blade to be snapped into the motor, jigsaws require that you screw in the blades to the tool.

When looking for blades, those with the t-shank design tend to be the standard in the industry and they have a longer working life than the U-shank.

Functions of the Jigsaw

Jigsaws are preferred for their ability to cut curves and precise cuts but they can also cut through other materials such as plastics, ceramic tiles, and sheet metal. 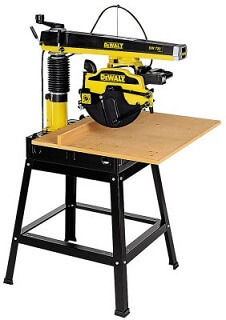 Functions of the Radial Arm Saw

A chain saw is a fuel driven power tool that has its cutting teeth mounted onto a chain that runs around a guide bar.

A chain saw has two main parts the first being the guide bar with a chain on it and the second part being a small engine (single cylinder) that is mainly powered by petrol. There are some corded and battery driven chain saws too.

Functions of the chain saw 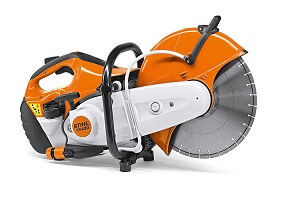 A concrete saw is used for cutting concrete in masonry, tiles, bricks and asphalt. The concrete saw is a power tool and due to the hardness of cutting surfaces, it uses diamond blades.

While cutting, a lot of heat is generated and you should cool it to reduce the dust produced and extend the lifetime of the blade.

Functions of the Concrete saw A flooring saw is a power tool with a double-edged blade that cuts out sections from floors. The flooring board cuts its own way into the workpiece as you install.

Functions of the Flooring saw 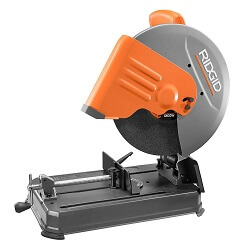 The abrasive saw as an abrasive disc that that is similar to a grinding wheel used for thinning. Although it goes by the name saw, the abrasive saw does not have regular cutting teeth on the blade for cutting.

An abrasive saw uses a friction disk blade to cut through the hard surface. Unlike the cutting discs that are sharpened after use, the friction discs wear throughout the cutting process, and can only be replaced.

Functions of the Abrasive Saw

This saw has a U shaped bow frame made of metal. The frame holds the blade on both ends with clips otherwise known as spigots. The handle can be either plastic or wooden.

While cutting, place the material to be cut on a vice. Then place the center of the blade on the surface, start with a short front stroke and then back.

Functions of the Hack Saw

This is a slightly similar saw to the hacksaw but with a bigger bow and the handle is straight on extending from the blade level. The coping saw cuts with a coarser cut than other blades such as the fretsaw.

The blade of the coping saw is thin and removable from the metal frame. You can use various types of blades with a coping saw.

Functions of the Coping saw

This is a crosscut saw shaped like a bow with a metal frame. It has a coarse wide blade and is used for rough cutting such as cutting branches on a tree. The D shape of the bow saw allows it to cut through wood fast.

The bow saw can curve either straight cuts or cuts that are carved. Use wire wool to rub off any rust that may have formed on the blade. Lubricate the blade with a little motor oil to help in cutting

You can use the bow saw with one or both of your hands, depending on how much force you need to thrust the saw back and forth.

Functions of the Bow Saw

This is a type of saw that is specially made to rip pieces of wood as the method of cutting. Unlike the crosscut saw, that simply shears wood grains, the ripsaw operates like chisels that are picking bits of wood to make a cut.

While cutting with the rip cut saw, start by placing the central teeth on the blade at the edge of your wood piece. You can then stroke forth gently and gain the back and forth momentum as you deem fit.

Functions of a Rip Saw

A crosscut saw is the usual trapezoidal shaped saw that is commonly used in the wood working garage to cut wood. The saw cuts by centrally placing it on your cutting board and then gently pulling back and forth in a gentle motion. The saw has small teeth, which slant in a forward facing angle. The saw is quite easy to use and is preferred by most woodwork for regular cutting that does not demand a lot from the user.

Functions of the Crosscut saw

The keyhole saw is a small bladed saw with a plastic or wooden handle. The blade of the saw is pointed, which allows it to cut small holes in a dry wall or even soft woods. Many keyhole saws have an allowance for blade changing, since the blades can vary depending on their width, number of teeth, or length.

Using a keyhole saw safely may require you to drill out a starter hole. This enables you to insert the keyhole and start working on your piece. Excessive pressure is unnecessary as it may cause the saw to jam.

Functions of the Keyhole Saw 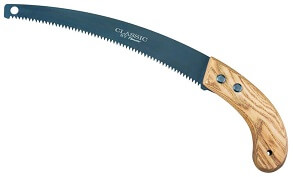 This is a saw designed to help with gardening work on pruning branches off trees. This saw has similar sharp teeth to other saws. The saw works on wood and specifically in trimming off live branches.

Functions of the Pruning Saw

The Japanese saw is a unique saw that is different from the Western saws. The saw is built with its teeth facing behind, towards the handle. The Japanese saw makes a cut during the up stroke while the blade is in tension

Unlike the western saw, you start the thrust of the saw from the back of the blade and not at the frontal tip. The reason is that you will need to pull for you to make a cut.

In most cases, the blades of the Japanese saw are changeable since the fine teeth make it hard for sharpening the saw using a file.

Functions of the Japanese Saw

The backsaw is a short; relatively narrow- bladed saw whose handle is in most cases on the upper rear edge. The backsaw has a steel or brass strip on its upper spine, and hence the name back saw.  Backsaws do not cut deep and their teeth are closely spaced with little setting.

The backsaw does not cut deep into wood and can therefore be used while cutting thin pieces of wood.

Functions of the Back Saw 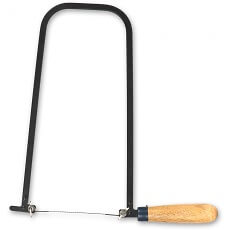 This is a unique bow shaped saw. The fresh saw’s purpose is to cut any type of work with tight curves involved. The fret saw is better than the coping saw in cutting these curves as it successfully completes delicate cuts that are of a much tighter radius.

The fret saw has a deep bow on its frame with a short blade that allows for handling precision tasks.

The big bow of the fret saw increases the torque, which might cause cutting errors if used by in inexperienced hands. However, slowly cutting through your angles with the balanced vertical handle will help you get things done.

Functions of a Fret Saw

The veneer saw is a tool used for cutting veneer especially from hardwood. The veneer saw is small and double-edged. It has a precision capability enabled by its small blade with a handle that is offset and above. This design makes it possible to flush cut a surface. The blade of the veneer varies. Some are 3 inches long, while other veneer blades are 4 inches long.

To cut using a veneer blade, place the veneer on a flat tabletop. Place a ruler on the piece of veneer and then pull the saw along the ruler.

Functions of the Veneer Saw

The wall saw is similar to the keyhole saw but has a wider blade with a lower number of teeth and is generally shorter. It may be in the form of a double-edged blade and it is mainly used for rating punctures on dry walls. This makes start holes for other tools to operate on.

Functions of the wallboard saw